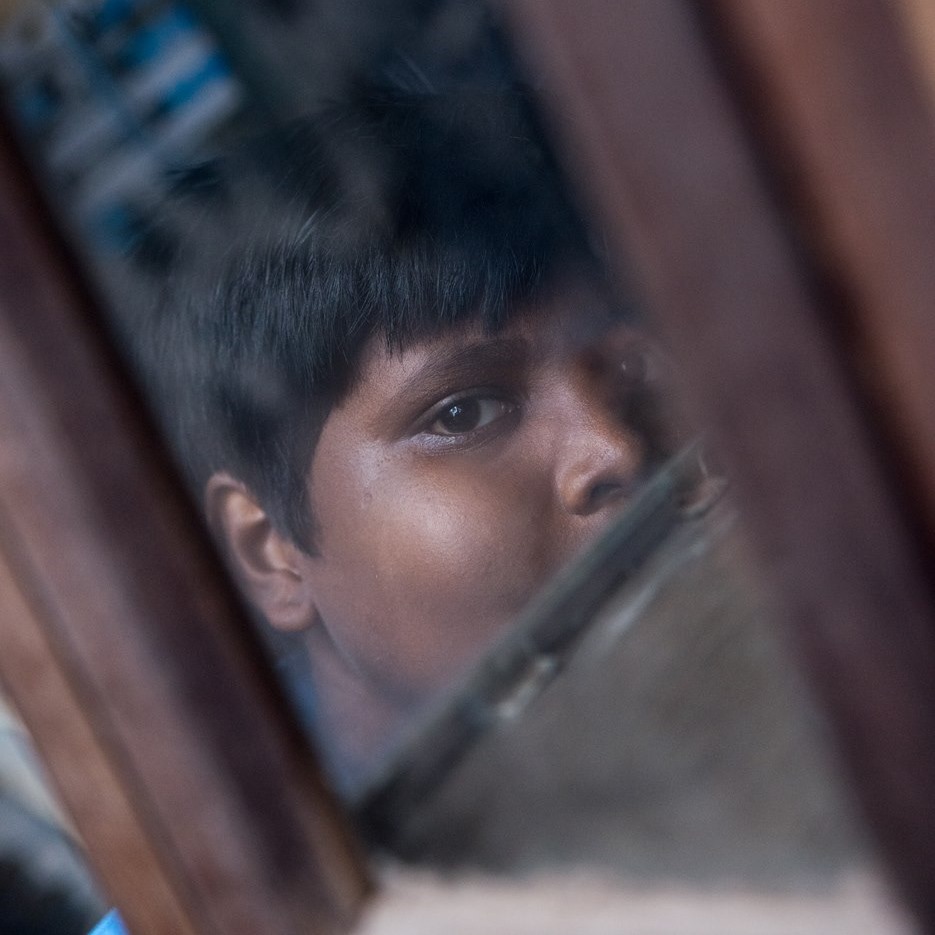 It was towards the end of the day’s play. His partnership was being tested. The bowler paced towards him and he changed his stance like his favourite: Virat Kohli. He hit out and the ball sailed towards the boundary. He raised his bat—his first century in his first official match as an opening batsman for Devang Gandhi Cricket Coaching Academy.

A salute to the crowd, to the people who were watching, to the people who mattered—Bharati Guin, Anwesha Sil and Somnath Das—his teachers, his partners-in- crime and his guides. This was a perfect day—well, almost. There was one person missing, two in fact; his mother and little sister. He wondered where they were.

The last time he had seen them was when his mother had taken him and Mou, his little sister, on an evening stroll. She had bought them sweet-and- sour jaggery licks, the kind which sticks to your teeth despite rinsing. It was a favourite. They were busy licking the sticks clean when Ma insisted that he goes home. “Aar bon—okey niye jabona?” (“And sister—should I take her home?”)

Not his sister. She was to accompany Ma who had some work. He stood—licking his fingers clean—as his mother and sister walked away. She turned twice to wave at him and he watched. Both turned a corner and he turned, too, to cross the street and enter Nabin Chand Street and then Prem Chand Boral Street, his para.

That was the last he saw of them. He later heard that his mother had left him and his father to be with “some man”. He heard that two kids were “too much” and that this new husband insisted that his mother bring only one of her children into the new household. That his sister was the obvious choice: after all girls get their hearts broken. They grieve been taken away from people they love. They cry when they are abandoned. Boys don’t cry.

But he did: till he would hiccup and be dehydrated. He would sit in his single-room home and cry, muffling his face with a pillow. He didn’t let people know, because boys don’t cry. The “people” (Baba and Thamma) steered clear of him, thank goodness for that. He didn’t want them to see him cry. He would hate it when Bharati Guin, that lady from SKHM where his little sister went after school, would try to coax him to come to the centre. There were awful kids at the centre. He hated them all. But his father insisted. So he had to go. Has he said that they were horrible, all of them, at the centre? They made him read. He couldn’t read. No one had insisted that he learn. He hadn’t even been to school in two months. No one had said that he had to. After Ma left, at least he was a carefree bird. But that Bharatidi was persistent. She brought newspapers. She made him read the sports section. Problem was, he loved sports and he wanted to know more, especially about cricket. He loved cricket. Sachin Tendulkar. If he was a Sachin Tendulkar then his mother would not have left him. He would have had money; he would have bought a house and kept both Ma and Bon (sister) happy.

Talking about happy, Swapna Aunty was making him miserable. She would make him sit next to her and badger him; had he eaten? When did he sleep last night? When did he come home? How on this earth did she know that he came home at 2am? Grandmother couldn’t have told them. She had passed out before 11:00pm from all the bangla she had drunk. Baba? He was never around. He didn’t know whether he went to school, whether he had eaten: and he was good at keeping secrets. No one knew that he hadn’t brushed his teeth in the past three days. Ah well, apart from that Swapna Aunty, she knew. He wondered how.

It was in 2011 that SKHM centre staff first spotted him. A cherubic obsidian boy, he would come to drop off his sister Mou at the centre. Their mother Shikha was also a part of SKHM. A pretty young woman always dressed to the nines, Shikha was a part of our Mother’s Group Programme (yet to be titled Project Dignity at that time) and the Hnashi-Knushi project where women learnt candle-making and painting. Mainly, the almost-women as most of them were very young, shared stories, dreams, hopes and desires with therapist Mz Jolly Laha—Shikha had a bucket list of those, all unfulfilled.

She was a girl straddled with two kids before she was in her twenties. Her husband Binoy was the aloof sort, not interested in the kids, in their household or, lately, even in Shikha. She wanted more. She wanted a home with a husband who actually cared. That’s when she met him. He would come to drink at a watering hole downstairs and they started to talk. He made her laugh. She was happy. So when he offered her a new home, she did accept it. The caveat: she was allowed to take only one of the kids. She settled for her daughter. She knew what happens to unguarded little girls in the red light area.

After hearing about Shikha’s elopement from her SKHM peer group, Swapna Gomes, SKHM Centre Administrator, directed Educationist Bharati Guin to check on the boy who was left behind. Boys were not SKHM’s priority at that time because most national and international funding agencies willingly worked with girls in a red light area. Few thought of the boys in it—or whether they needed help. But here was a boy who did need help. He was not even ten. Mz Guin discovered him weeping soundly. So she coaxed, cajoled and eventually failed to bring him to the centre. She tried again after a few days. She failed once more. A while later, she and Mz Gomes had a talk with the perplexed father. He agreed to send him to the centre. That was five years ago.

The reluctant, semi-literate, stubborn, and miserable boy is today SKHM’s very-friendly neighbourhood superhero PD. His Kryptonite may be studying in general: but no one can call him a slacker. Superhero PD is SKHM’s top athlete. He eats, breathes and lives cricket. It took him all of two months to become a “senior” player at the Devang Gandhi Cricket Academy. Give him a plate of biryani and he’ll polish it off even if he’s had a meal before. He is graceful when he dances; superbly skilled when he practises his karate and give him a blockbuster song, he would bust out “the moves”. He is an inspirational figure for our boys at the centre and he is the big brother that all girls dream of.

A few months ago, Superhero PD wanted to become a Karate Sensei in China. Today, he wants to be the next Virat Kohli. Perhaps, tomorrow he might dream of being a chef. SKHM does not know what he will actually end up doing, but superhero PD will make a success of whatever he chooses to do. He already is.